A heroic woman is a courageous, mighty, valorous woman full of strength and power. All this heroic characters are present in all of us. It’s just we don’t realise and respect our powers. Life is roller coaster ride with ups and downs but at the same time there are times during the ride when we feel tickling too. Anyway, as my blog is all about woman so lets do not lose the ground. 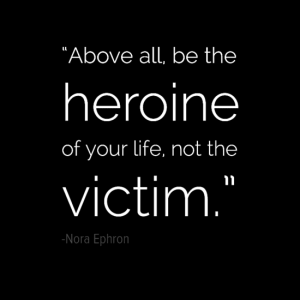 I am going to talk about this woman of my life when i met her first in my office. It was her first day in office. She had been interviewed in Lucknow and shifted to Delhi office. She always had that frown on her face. But simply beautiful, no!! seriously with that frown on her face too, she looked so beautiful. Lets give her a name Miss Ki. So mostly this Ki looked all puzzled up to me. And as my other colleagues said so. Anyway it’s been a week and i spoke to her very little so far, when one day my senior asked me to explain her something. Then we had a small chit chat. A very limited personal chat but more of work. So far her puzzled up image was all on in back of my mind.

I had a number of good friends already when one day one of my friend said lets ask Ki to come with us. Since then she started coming with us, chilling with us in lunch time. Within a week we all released she is not grouchy 🙂 as she looked first to us. She was all trying to being strict so that nobody could take her for granted, what i understood later. Anyway gradually i started getting along well with her.

We started having house parties, out of office lunches, dinners followed by night out together in all those days. When one day she opened her heart to me, telling her story of, how hard she was trying to come out of that small city and the people of the city, who were not allowing her to chase her dreams or taking her own decisions. But she all managed by her own strength and arguments and chosen Mumbai as an option though she could have easily chosen the local branch of our office. I felt so proud of her that she could do what she wanted to.

I thought shifting to Mumbai, living her life on her own might be her only dream when after an year, she told me that she wants more from life so she is looking for jobs out of India and other cities too. I was all amazed. (Wooah!! Girl. More power to you.-I thought) She told me that day she had been through one of the prestigious IT company from Mumbai and she has accepted the offer.

So far i and her came closer to each other like good friends/BFFs. I already started missing her.

The day came and i went to drop her to the airport.

It had been 4 years when one day i received a call that there in Mumbai she has found a love of life, a boy. I was all smiling this side. I was so happy for her but at the same time i knew that getting married can be the part of a life but it cannot be the life only for her. She was one of those women who always wanted some more from life. Within few months she got married and lived a happily married life.

But her story didn’t end up here with the “Happily Married” tag. It’s been an year of her marriage and last week she called me up that she is going to London next week for 6 months, to do some professional course.

What an heroic woman she is. Isn’t it? Started her journey with small city of India but her never ending journey is not stopping anywhere. She made me learn that life is not limited edition it comes with limitless tag.

Yes, she might be an ordinary woman but her efforts and actions are all extraordinary to me and so many other woman who might get inspired by her story.

Keep reading the 26 stories of #ABCDofWomanhood under the #atozchallenge on this blog #maxmumsonia. Letter G (7/26) See you tomorrow…

Love to my readers.