Yes, My life was going to change forever. I was not going to be the same person. I was going to enter into Mum’s role. Here I am going to share my delivery experience.

So the moment I was admitted, Asst doctor came and gave me some medicine to induce my pain. It was 11th of October and time 3 PM, I was all prepared but hell anxious too. But my pillar of strength, my husband, was with me. Within 30 minutes I felt very mild pain (On a scale of 10, it was 2/10) in my lower back. It was very bearable but coming and going on 10 minutes interval. So the frequency of pain was making me a little uncomfortable.

Next morning around 10:30, my doctor came and said it’s not dilating so do you want to operate now or would like to wait more for normal delivery. I chose WAIT. Though I was still in that minor pain so far. Now my doctor doubled the dose, in the anticipation to increase my pain. Yes, within 20 minutes my pain and its frequency had been increased as doubled (On a scale of 10, it was 4/10) by now.

If was around 5 PM (12th of October) and by now, I was more discomfort and had started humming as my yoga teacher instructed in prenatal yoga classes. It was helping, but pain was not settling down. Still, I had to wait.

It was 7 PM when my pain shoots up on its highest and now my pain was coming and going on 30 seconds frequency (On a scale of 10, it was 9/10). I was humming and screaming intermittently.

By now my poor husband was hell worried for me. I had threatened him to get divorced by now after all this. Are you not laughing? Am laughing. I was shouting at him to do something, don’t stand up, you can’t ever understand my pain and blah blah. I feel sorry for him that day actually that night.

Whole night, I was screaming and yelling on doctors, nurses and my poor calm & composed husband. In between doctor thought I might dilate anytime so they brought me in labour room. Tried everything what they could have done. But didn’t succeed as I was still did not dilate, it was 4 cm while the clock was tick tocking 4 am. This was the time when my water bag burst. I got panicked now because my doctor was not in the hospital. And It has been 36 hours from now in pain. I was super agitated now.

But as the world says, all Mum goes through this pain so i was. But now is the situation, where my chances to get operated increased more. Then an asst. doctor came to me and said your Doctor will be operating you within 2 hours so you calm down. Calm down!! How still I had to bear this 2 hours of pain (9/10). Only a mother can understand what was going through in my mind.

Anyway, the moment my doctor came into the operation theatre, she held my hand & said, “Don’t worry, I am here. Everything is gonna fine.”

It was the time when my tears rolled down in last 36 hours. These words meant to me a lot at that moment. At Least you tried.

I closed my eyes.

I opened my eyes, after an hour, my life had changed, I gave birth to a little wonder girl. My husband was standing near to my bed, holding her. How blessed we both felt finding her. It was there first time in last 40 hours when I saw tears in my husband’s eyes. 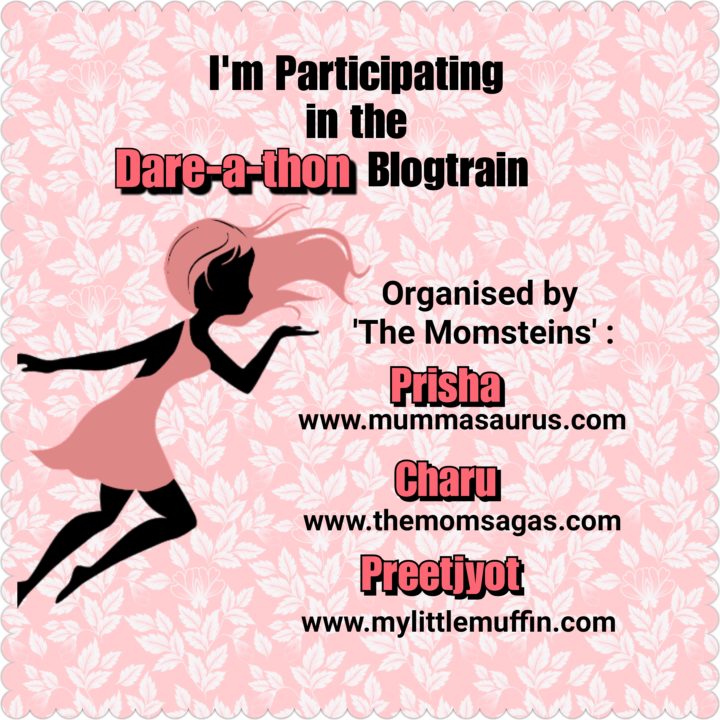 Also, I am happy to introduce Sweta from #cloudandsunshine to carry forward the train.

5 thoughts on “Dare to wait”